EU does not have anti Sri Lanka agenda - Ferrero-Waldner

EU does not have anti Sri Lanka agenda - Ferrero-Waldner

The European Commissioner for External Relations and European Neighbourhood Policy Benita Ferrero-Waldner, in an open letter has rubbished the assumption that the EU has an anti-Sri Lanka agenda and also said she was dismayed to see several articles in the Sri Lankan press criticizing the European Commission and in particular personal attacks against the Commission’s former Head of Delegation in Colombo, Ambassador Julian Wilson.
Posted by SRI LANKA TODAY at Monday, September 22, 2008

President Mahinda Rajapakse will leave to New York to participate at the 63rd summit of the Heads of State to be held on 23rd of this month.
He is expected to address the summit where more than 100 leaders of state will participate.
Posted by SRI LANKA TODAY at Monday, September 22, 2008 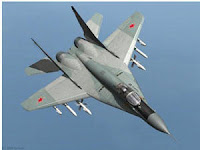 The High Priest of the Thirukoneswaram Hindu Temple in Trincomalee, Sivasri Kugarajah Kurukkal was shot down by unidentified gunmen at Vidyalayam Road in the town of Trincomalee yesterday around 6.00 p.m. The 43 year old priest was riding a motorbike when he was shot.
Posted by SRI LANKA TODAY at Monday, September 22, 2008

Solheim was the Norwegian Special Envoy for Sri Lanka during the early period of the 2002 ceasefire and the peace process brokered by Norway. He was replaced by John Hanssen-Bauer whose request to visit Kilinochchi to meet the Tamil Tiger was turned down by the Sri Lanka government a few months back.
Posted by SRI LANKA TODAY at Monday, September 22, 2008

Former President Dingiri Banda Wijetunga passed away at the age of 92 at the Kandy General Hospital yesterday morning. 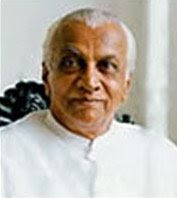 He was the third Executive President of Sri Lanka and held the position from May 1, 1993 to November 12, 1994 following the assassination of President Ranasinghe Premadasa.

He was appointed the Prime Minister by President Ranasinghe Premadasa in 1989 surprising many in the government at the time.

D. B. Wijetunga was born on February 15, 1916, in Mangalagama of the Yatinuwara area. He received his primary education at the Weligalla C.M.S. primary school and secondary education at St. Andrew’s College, Gampola.
Posted by SRI LANKA TODAY at Monday, September 22, 2008