Eastern Chief Minister Sivanesathurai Chandrakanthan was appointed as the chairman of the Chief Ministers’ Forum today in Badulla for the next four months. The Forum also decided to conduct the next session in Batticaloa.
Posted by SRI LANKA TODAY at Saturday, May 31, 2008

After reggi Neil Rupasinghe next in line


UPFA member Neil Rupasinghe is next in line to succeed MP Reggie Ranatunga who passed away today. Mr. Ranatunga was the fourth parliamentarian from the Gampaha district to die this year. The other three MPs were Sripathi Sooriyarachchi, Anura Bandaranaike and Jeyaraj Fernandopulle.
Posted by SRI LANKA TODAY at Saturday, May 31, 2008 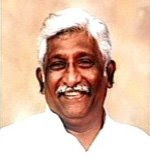 Sri Lanka parliament member(Gampaha District)Reggie Ranatunga passed away in colombo short while ago.
Reggie Ranatunga,was appointed Feb.2008 a member of parliament for the ruling coalition to represent the Gampaha district, north of Colombo.

Ranatunga fills the parliamentary seat left vacant by the death of Sripathy Sooriyarachchi, also representing Gampaha district, who was died on February 9 in a motor vehicle accident.

Reggi Ranatunga was the governor of the Sabaragamuwa province, south east of Colombo, and has also been a parliamentarian and deputy cabinet minister on a previous occasion.
Posted by SRI LANKA TODAY at Saturday, May 31, 2008