A third candidate entered the race of Sri Lanka's presidential election on Wednesday while the election date is yet to be announced.

Wickramabahu Karunaratna of the Left Front called himself the common left candidate pitted against incumbent President Mahinda Rajapakse and the main opposition candidate yet to be named.

"Both the two sides have failed to resolve the Tamil minority issues and both have been responsible for suppressing them," Karunaratna charged.

The election date is expected to be announced by end of this week by the Commissioner of Elections.

The incumbent Rajapakse said on Monday that he opted for a snap poll two years ahead of schedule.

It is widely expected that former Army Commander General SarathFonseka will contest the presidential poll as the common candidate of the opposition parties.
Posted by SRI LANKA TODAY at Wednesday, November 25, 2009 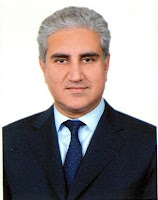 Foriegn news -Pakistan
Pakistan FM urges India to allay domestic pressure, resume dialogue
Foreign Minister of Pakistan Makhdoom Shah Mehmood Qureshi has urged India to overcome its domestic political pressure and resume composite dialogue process with Pakistan as time is running out.
He said that the message has already been conveyed to India that delay in the resumption of bilateral dialogue process could change the situation in Pakistan. He said that if India is not ready to talk, then Pakistan should not press for the talks.Fortunately enough a significant number of Indians are convinced that the dream of making India an economic power could not be materialized without settling issues with Pakistan, he said.He said indeed, there is a significant constituency of peace preachers both in Pakistan and India.
The FO of Pakistan holds that in present scenario it seems that India is not serious in resumption of dialogue, on different bilateral issues including Kashmir. The Prime Ministers of both countries

had agreed at a summit in Egypt that terrorist acts, would not affect the negotiations between India and Pakistan in future. Pakistan has categorically denied any links with Bombay incident, instead its agencies made efforts to collect all related facts about that incident. But Pakistan has not got good signals from India, and there was need of sincerity and seriousness for settlement of all issues including Kashmir dispute, Commenting on Indian Prime Minister Dr. Manmohan Singh’s remarks about Jammu and Kashmir in an interview with CNN, Foreign Office reminded India that Jammu and Kashmir is a disputed territory awaiting settlement in accordance with the relevant United Nations resolutions and aspirations of the people of Jammu and Kashmir.
The spokesman said, “India is only one of the 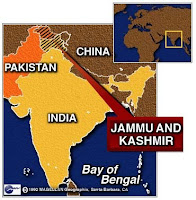 parties to the dispute; it cannot, therefore, unilaterally change the status of the dispute or place preconditions in open contradiction to the right of self-determination of Kashmiris.”

Rather the intentions of India can be well understood by the recent remarks of Indian Army Chief on offensive nuclear doctrine.
Terming Indian Army Chief’s remarks about nuclear war as reflection of India’s offensive nuclear doctrine, Pakistan on Tuesday said it was fully capable of safeguarding its national sovereignty and defending its borders. In response to a question regarding the reported remarks by India’s Army Chief General Deepak Kapoor on Monday warning that ‘a limited war under a nuclear overhang is still very much a reality at least in the Indian sub-continent’, Foreign Office Spokesman o 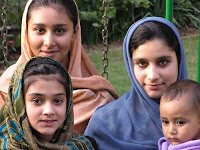 n Tuesday said that these remarks only reaffirm India’s dangerous and offensive nuclear doctrine. “India has long been working on the so-called ‘Cold Start’ strategy and preparing for a limited war against Pakistan. General Kapoor’s statement confirms the hegemonic thrust of India’s nuclear doctrine”, the spokesman added. The Spokesman said that the international community should take notice of General Kapoor’s remarks and India’s long-term intentions. He said that major powers have a particular responsibility in this regard, adding, they should refrain from steps that in any manner negatively affect the strategic balance in South Asia. The Spokesman added that “Pakistan is fully capable of safeguarding its national sovereignty and defending its borders. As a responsible country, we will continue promoting peace and stability in South Asia on the basis of equality and mutual respect.”
Posted by SRI LANKA TODAY at Wednesday, November 25, 2009