o blame for Janaka Perera killing – Mangala samaraweera
Condemning this morning's bomb blast in Anuradhapura, leader of the SLFP Mahajana Wing Mangala Samaraweera says the Rajapaksa government should take full responsibility for the attack.
In a statement, he said whoever may have committed it, he strongly denounced the attack that killed 24, including opposition leader of the North Central Province retired Maj. Gen. Janaka Perera and UNP district manager Dr. A. Johnpulle, and injured 100 others.
The ex-military commander had been facing death threats since the moment he came forward to contest the recent provincial polls, but the government had completely disregarded his safety concerns, Mr. Samaraweera noted.

Since the beginning, the present regime had planned to make his life insecure and it had led to his murder, the SLFP (M) leader said.

During the election, popular UNP leader of the area Dr. A. Johnpulle had his home set on fire, over which he went to the Supreme Court to challenge police inaction.

In such a backdrop, the UNP appointed Maj. Gen. Perera as its defence spokesman and representative of the alternative defence information unit.

Mr. Samaraweera says the late politician had gathered information on serious irregularities in the military and about a handful of top defence officials who enjoy numerous privileges, about which the two had had extensive discussions a few days ago.

Maj. Gen. Perera had also planned to inquire into the problems of families of armed forces personnel.

The Rajapaksa brothers company and his henchmen in the military, who have made the war a political mirage, had found him a formidable challenge and people now had justifiable doubts as to whether they had acted to eliminate him from the political scene.

It is no secret that paramilitaries function under several government and military leaders, while Karuna Group also has a paramilitary unit with government patronage, Mr. Samaraweera said.

It is now known that these groups had been responsible for the spates of murders, abductions and extortions recently, and we believe their hands in several political killings, including those of Joseph Pararajasingham, Nadaraja Raviraj, T.Maheswaran as well as minister Jeyaraj Fernandopulle, he said.

It is a feature of the repressive Rajapaksa regime to maintain paramilitaries to strike at its opponents.

Suspicions of the public over the appointment of Karuna Amman as a MP on the very day Maj. Gen. Perera was murdered are not unfounded.

Under this state sponsored terrorism, even non-politicians are not spared - people who had had their human rights violated by police had been gunned down by unidentified gunmen and lawyers representing these victims threatened, with the latest being the grenade attack on senior lawyer J.C. Weliamuna.

In light of these developments, the government cannot just stop at condemning the bomb blast in Anuradhapura, Mr. Samaraweera said, adding that it should conduct all investigations into the incident impartially, under the supervision of international experts.
Posted by SRI LANKA TODAY at Monday, October 06, 2008

The attack this morning (Oct. 06th) left 27 UNP activists dead and 80 others wounded.

Speaking to the media in Colombo, General Secretary of the party Tissa Attanayake said they suspected foul play, adding that the investigation by the government could not be trusted.

The LTTE, Pillayan Group or any other group or politician may have killed Maj. Gen. Perera, but the foundation for his murder was laid by a top official in the Defence Ministry and the Rajapaksa regime, Mr. Attanayake alleged.Therefore the incident should be investigated at international level ,he said.

President Rajapaksa, condemning without reservation the cowardly terrorist attack earlier in the day that took the lives of over 25 persons including the Leader of the Opposition, North Central Provincial Council, called upon everyone to put aside all differences and join hands with the Government to eliminate the terrorist menace from the country.

President Mahinda Rajapaksa, addressing a gathering at the occaion of distributing title under the Dhakshina Bhoomi programme, pointed out that it is the duty of everyone to support the heroic efforts of the security forces who have, contrary to all predictions and doubts, succeeded in cornering the most ruthless terrorist outfit in the world.

Meanwhile, JVP Propaganda Secretary Vijitha Herath says the party will go to court to challenge the appointment, which is a violation of the MoU signed for the formation of the UPFA.
Speaking to Lanka Dissent, he said clause 9 of the agreement gives five national list MP positions to the JVP.

Irrespective of whether the JVP remains a member of the UPFA or not, the party has the final say in the appointments to the five positions, Mr. Herath said.

Meanwhile, leader of the SLFP Mahajana Wing Mangala Samaraweera says it is unconstitutional to appoint persons who had not contested parliamentary polls or who are not in the national lists of political parties.

Mr. Samaraweerahas told Lanka Dissent news web that he would file a petition in the Supreme Court next week over this matter.

TMVP leader Vinayagamurthi Muralitharan alias Karuna Amman has been appointed an MP of the UPFA.

He is due to be sworn in tomorrow (Oct. 07th) before the speaker in Parliament.

Vinayagamoorthi Muralidaran, better known by the nom de guerre 'Colonel Karuna' he earned while in the LTTE, will be sworn in as a Member of Parliament representing the United People's Freedom Alliance (UPFA), according to a gazette notification under Article 64(5) of the Constitution.
Commissioner of Elections, Dayananda Dissanayake, in the said gazette notification, has, according to powers conferred on him by the Parliamentay Elections Act No.1 of 1981, has declared Mr. Mralidaran elected as a member of the Sixth Parliament.

Muralidaran will fill the vacancy created by the resignation of H.M. Wasantha Samarasinghe, who chose to contest the recently concluded North Central Provinc

Muralidaran, one time the LTTE's commander for the Eastern Province, broke away from the terrorist outfit citing differences with LTTE leader, V. Prabhakaran.
Posted by SRI LANKA TODAY at Monday, October 06, 2008

Major General Janaka Perera was the former Chief of Staff of the Sri Lanka Army and one of the most distinguished generals in Sri Lanka.

He was educated at St. Joseph’s College, Colombo and joined the Sri Lanka A

rmy as an Officer Cadet and received 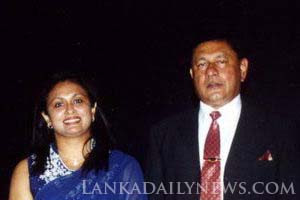 his training at the Royal Military Academy Sandhurst in England. After completing his training he was commissioned as a Second Lieutenant in the Sri Lanka Light Infantry, later he transferred to the newly formed Commando Regiment. Maj Gen Pererea is a graduate of the Royal College of Defence Studies.

As a Colonel, Janaka Pererea took a major role suppressing the JVP insurrection of 1987-89. He was the Provincial Commander of the North-Western Province as well as being in charge of the special operations of the ‘Operation Combine’ in Colombo which led to the capture of the JVP leader Rohana Wijeweera.

ce of Sri Lanka. His contribution for the Sri Lankan military effort during the Eelam War III was exceptional. Brigadier Pererea was one of the key players of the Operation Riviresa which lead to the liberation of the Jaffna peninsula. During the operation he commanded the 53 Division which consisted of the Independent Brigade, Air Mobile Brigade, Armoured Brigade and an Infantry Brigade. Later he was promoted to the post of Deputy Chief of Staff and also had functioned as Commandant, Sri Lanka Army Command and Staff College.

Unlike Gotabhaya Rajapakse, who abandoned and ran away from Army in the most difficult times, Major General Janaka Perera never abandoned the forces, in spite of the immense risk he and the family had to undertake for his military activities.

He once again distinguished himself after the fall Elephant Pass in 2000 which forced the SL Army units in Jaffna to fall back. Undertaking the Operation Kinihira after being appointed Commander Security Forces Jaffna, Major General Perera launched an effective counter attack that halted the LTTE advance and succeeded in established the current defense line in the Jaffna peninsula. This prevented the SL Army from being forced to evacuated from the Jaffna peninsula or due to the lack of transport ships, the prospect of being cut off.

Janaka Perera was made Chief of Staff of the army in 2000 but retired in 2001. Following his retirement he was made Sri Lanka’s High Commissioner to Australia and later Sri Lanka’s Ambassador to Indonesia, but was recalled before his term ended.

Like most of the honorable military figures in Sri Lanka like Lieutenant General Denzil Kobbekaduwa and Former Air Force Chief Harry Gunatilake, Major General Janaka Perera is a firm believer of a political solution to ethnic issue and sees the military activities only to safeguard the country and a means for force LTTE to the negotiations.

After retiring from the army he served as a Sri Lankan High Commissioner to Australia & Ambassador to Indonesia. He was the opposition leader of the North Central Provincial Council[1] till his death on October 6, 2008. 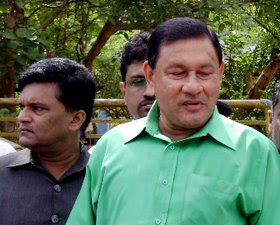 The opposition leader of the North-Central Provincial Council, retired Major General Janaka Perera and 23 others were killed in a bomb explosion near the old bus stand in Anuradhapura this morning, (October 06th).

The explosion has bee 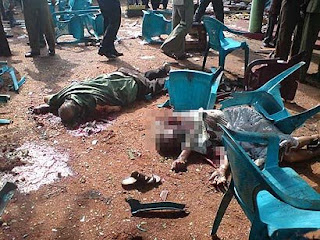 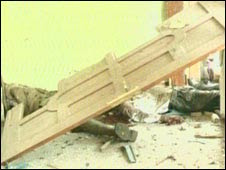 Around 80 persons who were injured have been admitted to the Anuradhapura Hospital, he added.

The bomb blast occurred around 8.40 am at the opening of a UNP office near the Anuradhapura bus stand, reports say.