Breakfast meeting between the Prime minister and the president of Afganistan

Breakfast meeting between the Prime

Minister of Pakistan and the President of Afghanistan 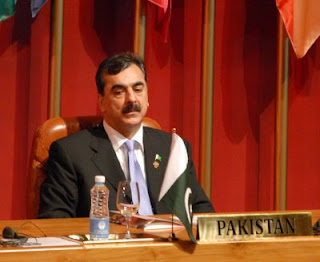 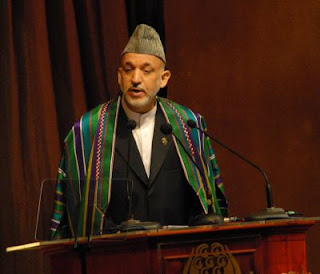 Both sides agreed that there was a need for the two governments to engage on all issues across the board with a view to developing a common strategy to overcome the challenges posed to the security and stability of both countries by terrorism and extremism. The two sides agreed to coordinate their efforts to stop cross border terrorism.

The Prime Minister and the President decided that their respective Foreign Ministers will meet to prepare grounds for a framework for close and constructive engagement between the two countries to build confidence and develop a common strategy at the political, military and intelligence levels in collaboration with their coalition partners and NATO/ISAF.

The Prime Minister and the President also stressed the importance of closer bilateral engagement at the leadership level and, at Afghanistan’s suggestion, agreed that the engagement should also lead to expediting the process of convening the mini-Jirga, as soon as possible.

At the suggestion of Pakistan, the Afghan side agreed to re-engage on all bilateral and multilateral forums.

Alexander Solzhenitsyn is no more

Beginning with the 1962 short novel "One Day in the Life of Ivan Denisovich", Solzhenitsyn devoted himself to describing what he called the human "meat grinder" that had caught him along with millions of other Soviet citizens: arrests for the most trivial or reasons followed by sentences to labor camps where cold, starvation and punishing work crushed inmates physically and psychologically.

His "Gulag Archipelago" trilogy of the 1970s left readers shocked by the savagery of the Soviet state under Josef Stalin and cultivated disenchantment regarding the Soviet Union among many leftist intellectuals, especially in Europe.


Although the West offered him shelter and showered him with accolades, Solzhenitsyn remained critical of Western culture for what he considered its weakness and decadence.

He returned to his native land After to undertake a 56-day train trip across Russia to become reacquainted with his native land but late expressed disappointment that most Russians hadn't read his book.

During the 1990s, his nationalist views, his Orthodoxy, his disdain for capitalism and disgust with the tycoons who bought Russian industries and resources for a song following the Soviet collapse, made him rapidly lose popular appeal among the emerging elite and he faded from public view.

Solzhenitsyn's vision of Russia as a bastion of Orthodox Christianity, as a place with a unique culture and destiny, saw resurgence however during the tenure of Vladimir Putin from 2002-2008.


Born Dec. 11, 1918, in Kislovodsk, Solzhenitsyn served as a front-line artillery captain in World War II. As the way drew to a close, he was arrested for writing what he called "certain disrespectful remarks" about Stalin in a letter to a friend, referring to him as "the man with the mustache." He served seven years in a labor camp in the barren steppe of Kazakhstan and three more years in internal exile in Central Asia.

That's where he began to write about the suffering and injustice of life in Stalin's gulag — a Soviet abbreviation for the slave labor camp system, which Solzhenitsyn made part of the lexicon.

He continued writing while working as a mathematics teacher in the provincial Russian city of Ryazan.

His "One Day in the Life of Ivan Denisovich", the story of a carpenter struggling to survive in a Soviet labor camp, where he had been sent, like Solzhenitsyn, after service in the war was published by order of Soviet leader Nikita Khrushchev, who was eager to discredit the abuses of Stalin, his predecessor.

Outside the Soviet Union the book was acclaimed for its bravery and its unpretentious language.

After Khrushchev was ousted in 1964, Solzhenitsyn began facing KGB harassment, publication of his works was blocked and he was expelled from the Soviet Writers Union.

He was awarded the Nobel Prize for Literature in 1970. The academy cited "the ethical force with which he has pursued the indispensable traditions of Russian literature."

Soviet authorities barred the author from traveling to Stockholm to receive the award and official attacks were intensified in 1973 when the first book in the Gulag trilogy appeared in Paris.

Solzhenitsyn spent his last years in the USA in Cavendish, Vermont, with his wife and sons where he worked on what he considered to be his life's work, a multi-volume saga of Russian history titled "The Red Wheel".

Solzhenitsyn was never enchanted by Western democracy, with its emphasis on individual freedom and dismayed many when hi his Harvard speech he decried "Western pluralistic democracy" as the model for all other nations. It was a mistake, he warned, for Western societies to regard the failure of the rest of the world to adopt the democratic model as a product of "wicked governments or by heavy crises or by their own barbarity or incomprehension."
Posted by SRI LANKA TODAY at Tuesday, August 05, 2008


According to a recent study by the World Health Organization (WHO) the life expectancy of both Sri Lankan males and females has increased by 10%.

According to Health Ministry sources the percentage of people who smoke is down to 7.1% when compared with 16.5 % smokers both male and female in 2005.

The Alcohol and Tobacco Control Act of 2007 and the 'Mathata-Thitha 'programme is largely responsible for this significant drop, according to ministry sources while the improvement in life expectancy numbers is attributed to the Government's public health policy which has seen a general improvement in health standards.
Posted by SRI LANKA TODAY at Tuesday, August 05, 2008