Sri Lanka needs true devolution of power to minority Tamils if it wants to permanently end its long-running ethnic war, Indian Foreign Secretary Shivshankar Menon has said.
Menon, who was in Washington for talks, said the United States and the Sri Lankan government itself both agreed with regional power India on the need to quickly restore daily life in war-torn areas.
The Colombo government says it is on the verge of crushing the Tamil Tigers, who have been waging a campaign since 1972 to create a separate Tamil homeland on the Sinhalese-majority island.
India feels that along with reconstruction, Sri Lanka needs "to bring in the kinds of political steps including devolution which would enable the people there to feel they are in control of their own futures," Menon said.
Posted by SRI LANKA TODAY at Friday, March 13, 2009

LTTE loosing its last stand; continue to take heavy beating - Puthukkudiyiruppu
Sri Lanka Army 53, 55 and 58 Divisions, have now entered into the final phase of the counter terrorist offensive against LTTE with soldiers getting exceptional attrition rates in the battle.
According to the battlefield reports, infantrymen of 58 Division yesterday (Mar 12) further pushed their forward boundaries east of Kombavil Kulam, 4 Km north of Puthukkudiyiruppu. Troops overwhelmed intense resistance of the terrorist with heavy artillery and mortar shells fired from the No Fire Zone and inflicted heavy damages to the terrorist.
Posted by SRI LANKA TODAY at Friday, March 13, 2009

Sri Lanka Catholic Bishops Conference Chairman and Kandy Bishop Rev. Vianney Fernando said he was happy with the facilities provided to displaced families who have crossed over to Government-controlled areas.
"The Government has treated all alike," he said after concluding his goodwill visit to Menikfarm Welfare Centre, Settikulam where displaced families are housed. The Bishop and his entourage were welcomed by Vavuniya Government Agent G.S.M. Charles at the welfare camp. They inspected the camp and saw the facilities provided to the displaced families.
About 88,000 displaced persons who have crossed over to the liberated areas, have been housed in 14 welfare centres where food, health and other welfare facilities have been provided. In addition, Vocational Training Courses and self-employmen 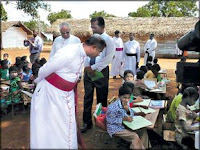 t projects have been provided for the youth. A school and a pre-school have been set-up for the children.
The Catholic Priests exchanged their views with the displaced.
"We were living in constant fear in Vanni. We can now live free with facilities provided by the Government. We are thankful to the Government," they told the priests.
A GCE (A/L) student said they were denied schooling due to Tiger attacks.
"We now have schools inside our camp. Despite difficulties, we will continue our studies till University entrance," the student said.
Bishop Fern 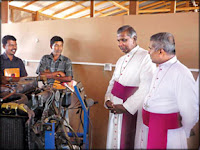 ando said they learned about the IDPs through the media.
"We however came here to get first hand experience of the situation. These people are happy today. The children are back in schools. We are happy that the Government is providing all facilities to the displaced people." Northern Governor Dickson Sarathchandra Dela also participated.
Posted by SRI LANKA TODAY at Friday, March 13, 2009 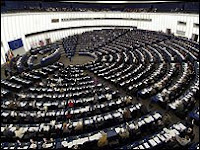 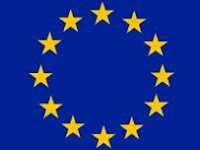 the civilian population to leave the combat zone.
The Parliamentarians on Thursday condemned the LTTE’s violence and intimidation which are preventing civilians from leaving the conflict area. Parliament also condemned attacks on civilians who are trapped in the battle zone. The parliamentarians said that they were concerned about reports of serious overcrowding and poor conditions in the refugee camps established by the Sri Lankan Government
Posted by SRI LANKA TODAY at Friday, March 13, 2009

Sri Lankan troops have captured the last remaining medical facility held by Tamil Tiger rebels in the north, the army's military spokesman has said.
Brig Udaya Nanayakkara said that the Tiger's makeshift hospital near Puthukkudiyiruppu was captured during heavy fighting on Wednesday.
The army says it has now confined the rebels to a 37 sq km (15 sq mile) area in the north-east.
There has been no word from the Tigers over the loss of the medical facility.
But the pro-rebel TamilNet website has accused the army of killing 133 civilians - including 49 children - during shelling inside a government declared "safe zone" on Tuesday.
Posted by SRI LANKA TODAY at Friday, March 13, 2009

Professor Dhammika Ganganath Dissanayaka says that his abductors grilled him by questioning about his politics and political affiliations.
He was abducted from his residence in Kottawa on Wednesday night, and released by the abductors after questioning about a book he was supposedly writing about the president.
Speaking to BBC Sandeshaya he said that the group of people who identified themselves as police officers blind folded him and took him by a van to a location after two and a half hours journey.
“They questioned me about my political affiliations in detail but did not ill-treat me” said Professor Dissanayaka.
He was released in the early hours of the morning and found himself close to Kirindiwala in the Gampaha Distict.
He said that he was not sure of the identities of the abductors and that the local Police station at Kahathuduwa had denied any knowledge of the incident.
Dissanayaka suspects that the abduction was politically motivated as he is involved in politics with the United National Party (UNP).
He served as the Chairman of the state owned television Station Rupavahini during the United National Party (UNP) regime and currently is a lecturer at the Sri Jayewardenepura University.
Posted by SRI LANKA TODAY at Friday, March 13, 2009

The Iraqi journalist who shot to fame for hurling his shoes at former US president George W. Bush was jailed for three years on Thursday, stirring outrage from his family and supporters.
Television reporter Muntazer al-Zaidi, 30, had pleaded not guilty at the Iraq Central Criminal Court to assaulting Bush during his farewell visit to Iraq last December.
"He was sentenced to three years in jail," defence lawyer Yahia Attabi said outside the Baghdad court.
The defendant shouted: "Iraq, long live Iraq," after the verdict was read out

, the lawyer told AFP.
Chief counsel Dhiya al-Saadi said the conviction was severe.
"I consider the decision harsh. He was charged with assaulting a foreign leader on an official visit, but I don't believe it was an assault," he said. "We will contest the decision and try to get the verdict overturned."
There was standing room only at the courtroom on the edge of Baghdad's high security Green Zone as some 200 family members, reporters and lawyers crowded in. The judge later cleared the court before returning his verdict.
Judge Abdulamir Hassan al-Rubaie said he had taken into consideration that Zaidi is young and it was his first offence, the defence lawyers said.
Shoe-hurling is considered an especially grave insult in the Arab and Muslim world and Zaidi had risked up to 15 years in jail on the charge of aggression against a foreign head of state.
The former president, deeply unpopular in the Arab world for ordering the 2003 invasion of Iraq, had been at a globally televised media conference with Prime Minister Nuri al-Maliki when Zaidi let rip with his shoes.
Bush managed to duck just in time.
When the judge asked Zaidi if he was innocent, the journalist responded: "Yes, my reaction was natural, just like any Iraqi (would have done)."
After the verdict, his 25-strong defence team emerged from the courtroom to scenes of chaos. Several family members screamed: "It's an American court... sons of dogs."
One of his brothers, Uday, said the decision to jail Zaidi was political.
"This is a political court. Muntazer is being treated like a prisoner of war. He is not a normal prisoner ... This decision has been taken by the prime minister's office."
The family said they would not only appeal but also press ahead with plans to bring torture charges against Bush, Maliki and his bodyguards at a human rights court abroad.
A Syrian lawyer told AFP she was preparing to file a complaint in Belgium or Spain.
Wearing a light-brown suit and thin-framed glasses, the journalist had been brought into a packed courtroom under a heavy police escort.
Counsel al-Saadi had argued that his client's motives were "honourable."
"He was only expressing his feelings. What he could see was the blood of Iraqis at his feet when he watched the US president speaking about his achievements in Iraq."
He also argued that although Iraqi law considered it an attack on a visiting head of state, "his throwing of the shoe did not cause any injury or damage ... His goal was to insult Bush for the pain Iraqis have suffered."
Zaidi had already been spent three months behind bars, the lawyer stressed.
The trial opened on February 19 but was adjourned to determine the nature of Bush's December 14 visit. The judge announced on Thursday that government ministers had declared it official.
The Baghdadia television reporter told the court last month that he had been outraged and was unable to control his emotions when Bush started speaking to the media.
"I had the feeling that the blood of innocent people was dropping on my feet during the time that he was smiling and coming to say bye-bye to Iraq with a dinner.
"So I took the first shoe and threw it but it did not hit him. Then spontaneously I took the second shoe but it did not hit him either. I was not trying to kill the commander of the occupation forces of Iraq."
As well as throwing the shoe, Zaidi shouted: "It is the farewell kiss, you dog," before security forces wrestled him to the ground.
Zaidi said he had been beaten and tortured in custody.
AFP
Posted by SRI LANKA TODAY at Friday, March 13, 2009