3 percent from a year earlier, compared with 7 percent in the three months ended June 30, the statistics department said in Colombo today. Economists were expecting growth of 6.1 percent.

Sri Lanka’s central bank is adding cash into the economy to drive down interest rates and stimulate consumer demand to support growth. The effort may be negated by a downgrade of the country’s credit ratings by Standard & Poor’s yesterday, wh

“Growth in services and the industrial sector may remain sluggish if high interest rates prevail,” said Bimanee Meepagala, an analyst at Eagle NDB Fund Management Co. “The main growth driver would be agriculture, driven by the liberated regions” from the Tamil Tiger rebels.

The brother of the journalist now famous for hurling his shoes at President Bush said his sibling's actions were "spontaneous" and represented millions of Iraqis who want to "humiliate the tyrant." 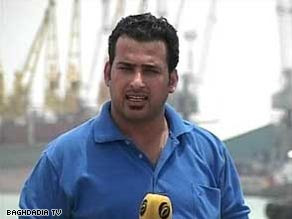 TV reporter Muntadhar al-Zaidi, in a file photo, was jailed after throwing his shoes at President Bush.

Dhirgham al-Zaidi, who sometimes worked as his brother's cameraman, described the reporter's hatred for the "material American occupation" and the "moral Iranian occupation."

Supporters of Muntadhar al-Zaidi say that his feelings were influenced by watching the agony suffered by everyday Iraqis. Most of the reporter's stories focused on Iraqi widows, orphans, and children, said the brother.

Sometimes the 29-year-old journalist would cry, his brother said, adding that he would be so moved by the tales he reported of poor families that he asked his colleagues to give money to them. On most nights, he returned to his home in central Baghdad after reporting from Sadr City, one of the country's most violent slums and the epicenter of several of the war's battles.

Muntadhar al-Zaidi's reporting for Egypt-based independent television Al-Baghdadia was "against the occupation," his brother said. The journalist would occasionally sign off his stories "from occupied Baghdad."

Yet Dhirgham al-Zaidi said he was "shocked" when he saw his brother hurling his shoes at President Bush at a Sunday news conference after a surprise visit by Bush to Baghdad.
Posted by SRI LANKA TODAY at Tuesday, December 16, 2008 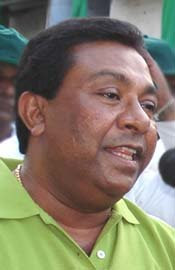 The Supreme Court issued the stay order after considering the fundamental rights petition filed by S.B. Disanayaka challenging the Election Commissioner's decision to exclude his name from the electoral list.

After S.B. Disanayaka was subjected to two years rigorous imprisonment for contempt of court, the Election Commissioner excluded his name from the electoral list for seven years until December 05, 2011.
Posted by SRI LANKA TODAY at Tuesday, December 16, 2008 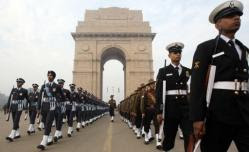 India's defence minister says India is not planning any military action against Pakistan in response to the Mumbai (Bombay) attacks.

However, AK Antony said ties between the two countries would not be "normal" until Pakistan took action against militants operating on its soil.

India says militants involved in the attack had Pakistani links and has urged Islamabad to take action.

Pakistan denies any involvement in the attacks, but has promised to co-operate with the Indian investigation.

Pakistan territory not to be allowed for terrorists activities says Gilani

Pakistan territory not to be allowed for terrorists activities says Gilani

Pakistan Prime Minister Syed Yousuf Raza Gilani said Pakistan did not want war with any one, but if it was thrust on the country then the whole nation would stand united.Speaking in the National Assembly before a general debate on Mumbai attacks and the situation arising afterwards, the Prime Minister stressed the need for focussing on the immediate problems of poverty and other issues confronting the region.

“We have to focus on our problems and we don’t want to go into war. But if the war is thrust on us, we will stand united like a respectful nation,” he added.

“Pakistan is not defensive. The nation, the army and the political leadership is united and we can defend our national sovereignty.” 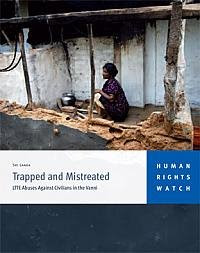 Sri Lanka's separatist Tamil Tigers are subjecting ethnic Tamils in their northern stronghold, the Vanni, to forced recruitment, abusive forced labor, and restrictions on movement that place their lives at risk, Human Rights Watch said in a report released today. (15) The 17-page report, "Trapped and Mistreated: LTTE Abuses against Civilians in the Vanni," details how the Liberation Tigers of Tamil Eelam (LTTE), which have been fighting for an independent Tamil state for 25 years, are brutally abusing the Tamil population in areas under their control."The LTTE claims to be fighting for the Tamil people, but it is responsible for much of the suffering of civilians in the Vanni," said Brad Adams, Asia director for Human Rights Watch. "As the LTTE loses ground to advancing government forces, their treatment of the very people they say they are fighting for is getting worse."
Posted by SRI LANKA TODAY at Tuesday, December 16, 2008

Mukhergy’s visit is very good; we cannot solve this problem through angering India -

Opposition Leader Ranil Wickramasinghe says that neither the gover

nment nor the parties of the government alliance can oppose the visit of the Indian Foreign Minister Pranab Mukhergy who is visiting the island on an invitation of the President Mahinda Rajapakse. He points out that the responsibility of the political parties is supporting the mediation of India and paving the way for a political solution. Wickramasinghe pledges fullest corporation of the United National Party (UNP) if the government goes for a political solution.
Posted by SRI LANKA TODAY at Tuesday, December 16, 2008