WASHINGTON: The global economic crisis is largely over and a modest recovery is under way but it could quickly lose steam as governments pull back some of the extraordinary liquidity they pumped into markets, the World Bank said on Wednesday.
The World Bank’s annual Global Economic Prospects report for 2010 said the fragile recovery posed special risks for developing countries including stiffer borrowing costs, reduced credit and capital flows.
To deal 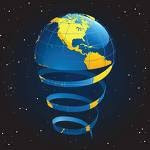 with tighter financial conditions, which could impede investment, the World Bank said there was “considerable scope” for countries to cut domestic borrowing costs and promote local capital markets.
The report said trend growth in developing countries may be reduced by between 0.2 and 0.7 percentage points over the next five to seven years as economies adjust to tighter financial conditions.
In its forecasts, the World Bank said the global economy was likely to resume growth this year at around 2.7% and then strengthen in 2011 to 3.2%. This compares to an economic contraction last year of 2.2%. Combined, projected growth this year in developing countries should reach 5.2% and rise slowly to 5.8% next year, compared with 1.2% in 2009.
The Bank said the pattern of growth across the world was likely to be highly uneven, with rich countries showing t

he weakest recovery at just 1.8% this year, versus a contraction of 3.3% in 2009. In 2011, their recovery is likely to strengthen by a tepid 2.3%.
“Unfortunately, we cannot expect an overnight recovery from this deep and painful crisis, because it will take many years for economies and jobs to be built,” World Bank chief economist Justin Lin said.
The report warned that it will take some time before economies, both rich and poor, recoup their losses from the financial crisis.
It cautioned that the outlook was littered with uncertainties. Principal among them is whether private sector demand will respond to the rebound and pick up from public spending. — Reuters
“Should the response be weaker than expected in the baseline projection, or should the stimulus be withdrawn too quickly, the recovery could stall,” the Bank said.
If that should happen, a double-dip recession was unlikely but growth in developing countries could weaken to as low as 5.1% in 2010 and 5.4% in 2011, with some countries recording negative growth for one or more quarters.
On the other hand, if stimulus measures are not withdrawn quickly enough the risk is that debt levels in countries rise and private sector investment is crowded out, according to the report. — Reuters
The World Bank said the financial crisis had taken its toll on achieving the UN-agreed goal of halving poverty by 2015. Updated estimates by the World Bank show that the crisis will leave an additional 50 million people in extreme poverty and some 64 million in 2010.
It said the current projection of the percentage of developing country population living below the poverty line of US$1.25 a day was 15%, well below the target rate of 20.8%.
Lin said the poorest countries, those that rely on grant handouts or subsidised lending, may require an additional US$35bil–US$50bil in funding just to sustain pre-crisis social programmes. — Reuters
Posted by SRI LANKA TODAY at Friday, January 22, 2010