President Asif Ali Zardari Friday called Senator Hillary Clinton on telephone who has emerged as a choice of President‑elect Barack Obama for the US Secretary of State. The President, now in New York to attend the dialogue on interfaith harmony, said Pakistan was striving for peace in the region and its nascent democracy needed support and cooperation of the international community to confront several challenges it was facing.

Hillary Clinton, a senator from New York, extended full support to President Zardari for the dollar 15 billion assistance under the Biden‑Lugar bill for the next ten years as a long‑term engagement with Pakistan. 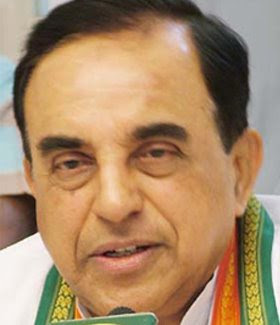 India considers LTTE as a terrorist organization. Therefore India will not bail out the LTTE or stop the Sri Lankan Government from defeating the LTTE terrorism militarily. India is very clear that the LTTE is not part of the solution, but it is part of the problem.”

Janatha Party leader and one time Indian Law Minister Dr. Subramanian Swamy had that to say, at a discussion forum organized by the Canadian Democratic Tamil Cultural Association in Scarborough, Canada, on 11 November, as a guest speaker. Dr. Swamy spoke on the topic - “South Asian Diaspora”.
Posted by SRI LANKA TODAY at Saturday, November 15, 2008 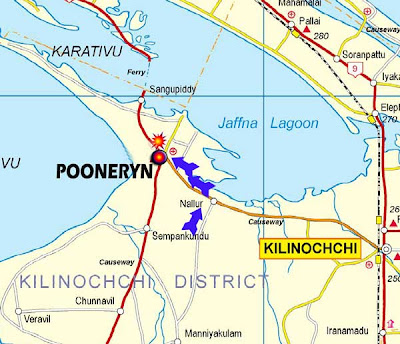 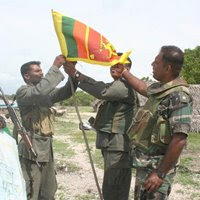 Sri lanka Army captures Pooneryn
The Military today(15th) captured the strategically important Pooneryn, which is the last LTTE stronghold in the western flank of the A-9 road.

Troops of Army Task Force 1 have entered LTTE bastion at Ponneryn this morning (Nov 15) scoring the greatest feat against terrorist in their courageous march along the northwestern coast of the Island.

Pooneryn last night , and cut off the Pooneryn- Paranthan road (B-69) close to Nallur before dawn today. Troops then marched about 10 Km along the B-69 and entered into the Pooneryn town , where the terrorists have their last bastion on the West coast.

According to the defence sources at the field terrorists have given a stiff resistance to the advancing troops . Pitched battles are still going in the area, the sources said. The terrorists are fast withdrawing towards the K- Point.

President congratulates troops
President Mahinda Rajapaksa in special message congratulated the troops on capturing Pooneryne. He also urged the LTTE leader to lay down arms and come for talks.

he nation through the state media, President Rajapaksa declared the Army's victory at Poonaryn and congratulated the soldiers. He also expressed his gratitude to the citizens of the country who have been sharing his vision to rid the country of terrorism and to free the next generation from the horrors of war.

The President's speech in full:

I inform the people in this country that our heroic soldiers have been able to liberate the full stretch of the A-32 road (Mannar- Pooneryn) and the Poonaryn area this morning. Now, we can open a land route to the Jaffna Peninsula after many years ; I think we can say , it was after the Second Eelam war .

At this moment, I very clearly call Prbhakaran of LTTE to immediately lay down your arms and come to the negotiation table. It is the greatest service that you can do to the people in the Wanni.

We congratulate the war heroes and express our sincere gratitude to the citizens of Sri Lanka who have given their unstinted support to our struggle. 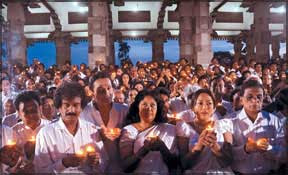 The Adishtana Pooja by Sri Lankan artistes aimed at carrying the message of peace and harmony, goodwill and brotherhood and principally organised to clear the air regarding the ongoing humanitarian operations in the North to their protesting South Indian counterparts was held yesterday at Torrington Square with the participation of a large gathering of film and tele-stars and personalities in the art field.

The main objective was to create a true picture of the ongoing humanitarian operations in the North to rescue the innocent civilians trapped in the grip of LTTE terror, veteran actor Ravindra Randeniya, an organiser of the event stated.

A letter was also submitted to South Indian Cinema Artistes and Technicians through the High Commissioner of India following the Adishtana Pooja.

Highlighting the main objective of the event, Randeniya said artistes who have gathered there yearn for a peaceful country. This is the hope and aspiration of the people of this country.

He said whatever community be they Sinhala, Tamil, Muslim and Burgher, had been under threat by the LTTE terrorists' acts for more than three decades without exception. Today the artistes have raised their voice on their behalf.

There is no country which had been under the threat of terrorists' cruel acts with assassinations of political leaders and veterans from all the fields, he recalled the bitter past where innocents suffered.

A message signed by artistes stressed that there is no genocide practised against innocent un-armed Tamil civilians in Sri Lanka.