seven ministers handover resignation in Thamilnadu
DMK continues to pressure Delhi with more resignations
The latest from Chennai says 04 more Rajya Sabha Members from the DMK has handed over their post dated resignation letters this morning (Oct 17) to party Chief M. Karunanidhi over the SL Tamil issue, the TN politicians say are facing genocide under the Rajapaksa government.
The day before Kanimozhi, daughter of Karunanidhi made the first token resignation from the Rajya Sabha.
Meanwhile reports from Chennai also confirm that 15 DMK MPs that includes 07 Ministers have also handed over their post dated letters of resignation to party Chief Karunanidhi, to be tendered on the right day, if the Manmohan Singh government keeps side stepping in checking the SL government that to date say the war would continue.
A senior Tamil Nadu minister has said that the seven ministers - cabinet ministers T R Baalu and A Raja, and ministers of state - S S Palanimanickam, Subbulakshmi Jagadeesan, S Regupathy, K Venkatapathy and Radhika Selvi - would hand over post-dated letters addressed to Lok Sabha Speaker Somnath Chatterjee to Karunanidhi for quitting their parliamentary seats.
Delhi sources say Prime Minister Sing has agreed to meet Karunanidhi tonight at 08.00 pm in Delhi to discuss the issue of the SL Tamil people in the Wanni.
Simultaneously, Karunanidhi yesterday announced a human chain protest in Chennai on October 21 to ask the Centre to act on an 'all-party' meeting's call that India take steps to halt the war in the island and dispatch humanitarian assistance to Tamil civilians affected by the conflict.
Posted by SRI LANKA TODAY at Friday, October 17, 2008

India says it will ensure goal is achieved

India says it will ensure goal is achieved

The Indian External Affairs Ministry said in a statement the Government of India will do all in its power to ensure s peacefully negotiated political settlement in Sri Lanka which allows each community to realize its own potential within the framework of a united Sri Lanka.

The situation in Sri Lanka remains a matter of grave concern to us in India. We are particularly worried about the humanitarian effect of the continuing conflict on civilians who have been caught up in circumstances not of their making. It is essential that their rights be respected, that they be immune from attacks, and that food and other essential supplies be allowed to reach them. We have consistently made it clear that a return to normalcy cannot be brought about by military means or battle field victories. What is required in Sri Lanka is a peacefully negotiated political settlement which allows each community to realize its own potential within the framework of a united Sri Lanka.
2. Government of India will do all in its power to achieve this goal, to ameliorate the humanitarian conditions in Sri Lanka and has been making representations to the Government of Sri Lanka at several levels.
3. The other issue which is engaging Government’s effort is the harassment and killing of Indian fishermen in neighbouring areas which must cease forthwith. Government will be taking steps to ensure this.
Posted by SRI LANKA TODAY at Friday, October 17, 2008 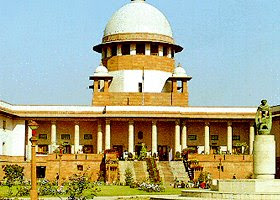 In a statement, MHAA President R. Paul Kanagaraj said members of the Association would stage a demonstration at High Court Campus tomorrow to show their solidarity with the Sri Lankan Tamils.

They also urged the Centre to intervene in the matter and stop war between the army and the LTTE in Sri Lanka.