Donations for the Quadruplets 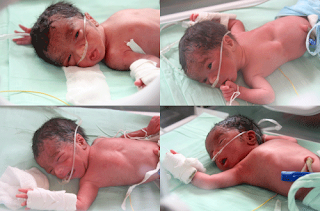 The JVP warned that a UPFA victory at the first ever election to the Eastern Provincial Council would facilitate New Delhi’s plans to install a provincial administration friendly to India.

Addressing the press, at the National Library Services Board, Dissanayake asserted that Pilleyan (Sivaneshthurai Chandrakanthan) would be New Delhi’s choice as the Chief Minister of the Eastern Provincial Council administration. Pillaiyan would be India’s man, he said, accusing President Mahinda Rajapaksa’s government of giving in to the Indian strategy.

Flanked by JVP trade union heavyweight Lal Kantha, MP, and Trincomalee District JVP MP Jayantha Wijesekera, Dissanayake said the election was being held against the backdrop of increasing Indian focus on Trincomalee. The military had denied entry of civilians to Sampur, a former LTTE stronghold where India planned to establish a coal-fired power plant. He said the military recently prevented Wijesekera from entering Sampur while asserting that India was in the process of increasing her influence in the East.

Addressing public rallies in the East, Pillaiyan who spearheads the TMVP polls campaign in the absence of Karuna, has declared that no one would be able to thwart a Tamil assuming the office of the Chief Minister of the Eastern Provincial Council if they secured the highest number of seats. The tough talking former LTTE commander had said that it was one of the promises given by the government.

Dissanayake said the government, in a bid to cripple the JVP campaign in the East, particularly in the Trincomalee District, had targeted Wijesekera. After failing to keep Wijesekera behind bars on a charge of seizing two vehicles from the Parliament car park, the government cut down on his security, he said. This was an attempt to deny Wijesekera an opportunity to campaign in the East. Declaring that Prime Minister Ratnasiri Wickremanayake had called for additional security coverage for Wijesekera, the JVP accused the government of playing politics with the security of an MP. Asserting that the MP was now vulnerable to an LTTE attack, Dissanayake warned that if he was targeted they would hold the head of the government responsible.

The JVP also launched a scathing attack on SLMC leader Rauff Hakeem. If the UNP-SLMC combine won the election, it would facilitate the return of the LTTE to the Eastern Province, Dissanayake warned. "Don’t forget that Hakeem negotiated an agreement with the LTTE," he said. His was the only direct deal between a political party and the LTTE, he said, warning of dire consequences if the UNP-SLMC combine took control of the first EP administration. It would be equally as bad as a government victory which would bring an Indian puppet to power in the Eastern Province.