India pulls out of tour, Pakistan invites Sri Lanka
The B 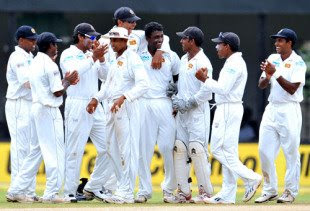 oard of Control for Cricket (in) India (BCCI) has sent a letter to the Pakistan Cricket Board (PCB) informing them that due to current circumstances of relations between the two countries they will pull out of the scheduled tour. With India canceling their tour the PCB had made an official request to Sri Lanka to visit in India’s place. India’s decision has been called ‘disappointing’ but PCB chairman Ijaz Butt said that he hoped Sri Lanka would agree to a replacement series.

No proof of Pakistan link to Mumbai attacks: Zardari

No proof of Pakistan link to Mumbai attacks: Zardari

esday that there was no firm proof linking his country to last month's attacks on India's financial centre, Mumbai.

Speaking to the British broadcaster from Islamabad, he said the investigations into the attacks were ongoing and he would "not jump to a conclusion" on who was responsible until they were complete.

"What we are saying is that we are willing to cooperate -- and you know like anybody else does, that investigation is an evolving process, it hasn't been long enough" to come to any conclusions, Zardari said.

He added: "I think we will hold our judgement till the proper investigation and conclusive evidence is shared between Pakistan and India, and we're hoping that that would happen because we've asked for a joint investigation."

Put to him that the sole surviving gunman has been identified as a Pakistan national, the president said: "No, we don't know that, we haven't investigated that, we are investigating that position.

"There have been disputed positions in the press... I would say the investigation is ongoing and I would not jump to a conclusion."

However, he said his country was prepared to act if links to Pakistan emerged.

"If that stage comes, and when it comes, I assure you that our parliament, our democracy, shall take the action properly deemed in our constitution and in our law," he said.