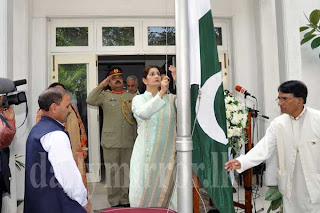 Pakistani community members in Srilanka on Wednesday celebrated their country's National Day.
The highlight of the day was the flag-hoisting ceremony in the premises of the Pakistan High Commission inColombo. 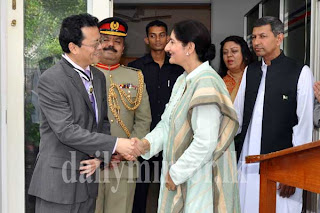 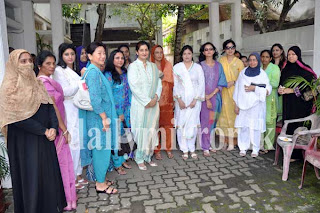 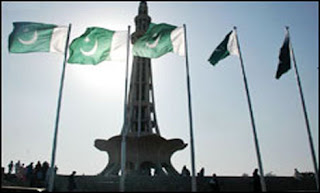 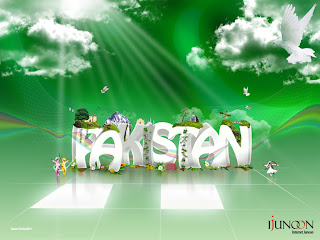 The Pakistan Day will be celebrated on Wednesday (today) across the country with traditional zeal to commemorate the passage of the Lahore Resolution, later called, the Pakistan Resolution, which eventually led to the creation of Pakistan.

The national flag will be hoisted on important public and private buildings throughout the country and all Pakistani missions abroad. 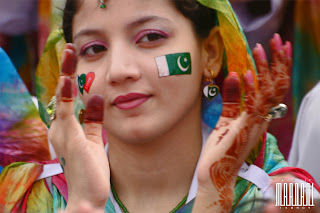 This year too, the permanent feature of armed forces parade on Pakistan Day has been cancelled owing to security reasons as well as hectic engagement of troops in the tribal areas of the country to fight against militants.

Governmental, political, cultural, social and other organisations have chalked out various programmes to mark the day in a befitting manner. It will be a public holiday on Wednesday. 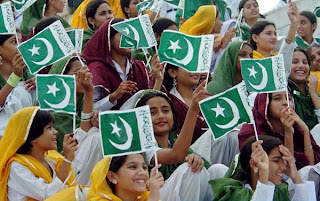 In the provincial capital, Punjab Governor Sardar Latif Khosa and other dignitaries will visit the mausoleum of Allama Muhammad Iqbal to pay homage to the great poet and philosopher who ideate of Pakistan. People will lay wreath on the grave and offer fateha.

Pakistan Television, Radio Pakistan and private channels including Geo Television Network will air special programmes to highlight the significance of Pakistan Day and various aspects of the life and work of founder of Pakistan Quaid-i-Azam Muhammad Ali Jinnah and other leading personalities. 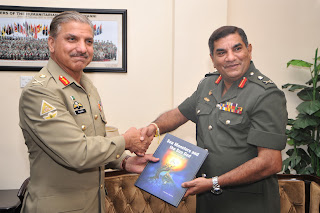 Inspector General Army to Arrive in Srilanka Tomorrow(6th March)
A high level Pakistan Army Delegation is visiting from 6-11 March 2011. The delegation is headed by Lieutenant General Muzammil Hussain, Inspector General Training & Evaluation, Pakistan Army.
The Pakistan Army delegation comprises of senior officers from operation, training and other important fields, who will interact with their counterparts in Sri Lankan Army to share each other’s professional experience. Besides staff level conferences, the delegation will also visit Srilanka Army training institutions like Defence Services Command and and the Srilankan Military Academy etc. 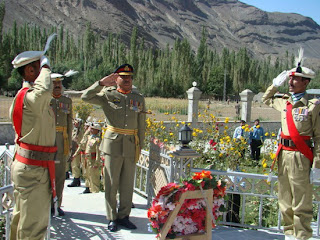 Lieutenant General Muzammil Hussain HI (M) in FCNA
It is the next high level defence related visit from after the Chief of Army Staff Pakistan Army visited in January this year. The visit will further strengthen the bond of friendship between the armed forces of and .
The General belongs to illustrious Baloch Regiment (SARBAKAF) of Pak-Army. General Muzammil has served at various coveted posts all along his professional career. Lieutenant General Muzammil Hussain HI (M) was commissioned in 12 Baloch Regiment (SARBAKAF) an Infantry Battalion in 1978. He attended Armed Forces War Course 2003 – 04 and was posted on the prestigious slot of Chief Instructor in Command and Staff College Quetta. He subsequently served on the coveted slot of the Chief of Staff in a Corps Headquarters.
He was promoted to the rank of Major General in 2007. He commanded Force Command Northern Areas (FCNA), a deployed formation of Pakistan Army. He also served as Director General Military Training in 2010. On promotion to the rank of Lieutenant General, he took over as Inspector General Training and Evaluation in Oct 2010.
Pakistan and Sri Lanka being located in the South Asian region and being members of various regional and international bodies like UN, commonwealth, NAM and SAARC are mutually important for each others. The relationship between and Srilanka is based on mutual trust and commonality of interest in maintaining regional peace, security and stability. has always supported the unity, territorial integrity and sovereignty of .  Both countries have shared common perceptions on almost all regional and international issue and are working together on all these forums for shared values and interests.
is the 2nd largest trading partner of within the South Asian region. The level of bilateral trade between and increased as a result of the Free Trade Agreement (FTA). Trade between the two countries increased from US$ 150 million to over US$ 300 million during the last three years, as it doubled within a short period of time with the positive support gained from the FTA.


The Department of Elections itself manipulates election laws, alleges the Campaign for a Free and Fair Election (CAFFE).
"While the laws prohibit putting up banners and posters, the Commissioner of Elections has given permission to carry out poster campaigns," Executive Director of CAFFE Keerthi Tennakoon said.

He said that even the Police Department had so far not taken measures to remove illegal banners and cutouts while illegal propaganda activities, related to the distribution of polling cards, had not ceased.

Responding to a query, he said that the violations of election laws and election related violence have reached unbelievable heights.

"The CAFFE has received 197 reports on election related violence so far and most of them were inter party violence," Tennakoon said. Most complaints had been received from Gampaha, Galle, Kalutara, Anuradhapura and Akkaraipattu.

Among the complaints there are at least five incidents related to shooting, Tennakoon said.
Posted by SRI LANKA TODAY at Friday, March 04, 2011 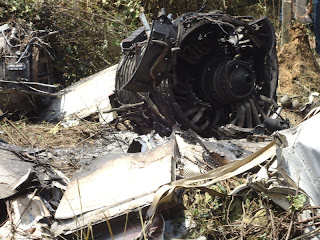 Two Kafir jets belonging to the Sri Lanka Air Force while used for training crashed head on in mid air and were destroyed at about 9.30 a.m.today morning (01st March).The two destroyed jets have fallen down at  Attanagalla near the Varana Purana Raja Maha Vihara.(30 km east of the Colombo) The two jets have fallen after catching fire about 300 meters apart on the ground.

One Pilot has died while the other pilot who was injured had been admitted to the Wathupitiwala Hospital, reports say.The President Mahinda Rajapakse has visited the scene of the accident where the jets have fallen for an inspection.
The two pilots in these jets which caught fire have escaped using the emergency parachutes, reports say.

In any case, according to the area Hospital sources, they have dispatched ambulance to the scene of the accident.

Based on unofficial information, Air display rehearsals are being held at the Ratmalana Airport camp in view of the 60th anniversary celebrations of the Air Force due shortly. These two Kafir jets have been on the way to participate at these rehearsals and displays when this accident occurred.

However, the SL Air Force spokesman Group Captain Andrew Wijesooriya told the media that these were jets which were engaged in training .
Sorse: http://www.lankaenews.com/ 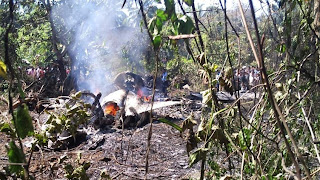 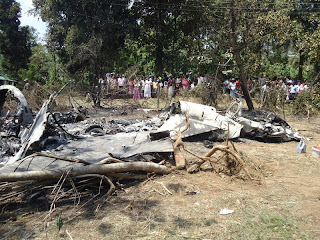 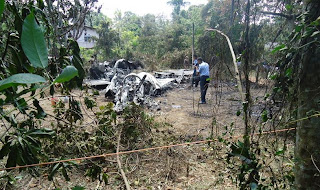