He further said that the Air Force had received reliable information that a meeting of LTTE leaders was taking place at the command centre at the time of the attack. The exact damage caused to the enemy is yet to be ascertained, he added.

Statement by President Mahinda Rajapaksa on the bomb explosion carried out by the LTTE at Katubedda in Moratuwa, today (June 06, 08).

Today's explosion at Katubedda once again shows the LTTE's brutality and lack of respect for human life.

I extend my sympathies to the families of those killed, and offer the blessings of the Noble Triple Gem and all deities for the speedy recovery of all injured.

While unreservedly condemning this repeated act of outrageous brutality by the LTTE, in its cowardly strategy of targeting innocent civilians, I note that this is further proof of the LTTE's frenzy at its major military setbacks in the North, and the loss its hold in the Eastern Province.

In the past weeks alert members of the public have shown commendable courage and responsibility in spotting bombs in vehicles and public places, helping to seize hidden explosives, and arrest persons believed to be associated with the LTTE's programme of terror.

The continued targeting of innocent civilians by the LTTE must earn the outrage and opprobrium of all civilized societies, who can now see the reality of the LTTE's unvarying commitment to violence and terror to achieve its narrow objectives.

This once again brings into focus the continuing battle Sri Lanka faces with the forces of terror in our efforts to safeguard democracy and civilized life.

This brutality also shows the efforts of the LTTE to provoke a backlash against the Tamil people, from which it hopes to gain, although the Tamil people themselves are held in thrall by the terror of its so-called liberator.

I call on the people to remain calm and not give in to deliberate provocations aimed at fanning communal hatred and violence, remain vigilant against the forces of terror, and continue to assist the Police and Security Forces in the task of eradicating terrorism from our country. 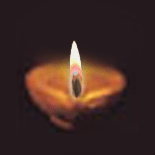 PAST MEMORIES of the ancient grandeur were recalled with respect, as beats of Ranabera (drums) rent the air when the Nation stood in silence at the dawn of Saturday (7th June), the much-revered "War Heroes Day". The national event was exclusively meant to pay tribute to brave soldiers of the tri-services (Army, Navy & Air Force) and the Police who continue to defend their motherland at the expense of their own lives.

The D-Day is also dedicated to the memory of thousands of War Heroes who have laid their lives while in action or gone missing. This year's main ceremony was to get underway at the Sri Jayawardenapura Parliament Ground this evening (7) where a special permanent War Hero monument, erected on behalf of them, was to be unveiled by President Mahinda Rajapaksa as Commander-in-Chief of the Armed Forces. for more details http//:www.defence.lk