Acording to www.lankaenews.com news web Foreign intelligence services have informed the government that LTTE has planned an assassination of a VIP on tonight or 31st night as people are firing crackers.

The simmering crisis between Karuna and Pillaiyan loyalists of the Tamil People’s Liberation Tigers (TMVP) has pave d way to the formation of a new party by Karuna Amman in the Tamil Makkal Liberation Alliance (Thamil Makkal Viduthalai Koddani alias TMVK). The significance of the new party is the shedding of Tiger name.

Pillaiyan registered the TMVP while Karuna was in custody in UK. Although Karuna was named as the leader of the party, he had no official power in TMVP. TMVP chairman was Raghu who was recently assassinated at Athurugiriya. After that Karuna and his loyalists wanted him to be appointed as t he Chairman of the party, but the Pillaiyan group opposed the move. 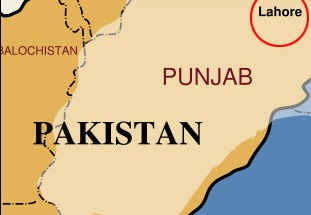 According to preliminary reports the blasts occurred near a water tank in the area wounding three persons.

when an explosive-laden car parked under a water tank in GOR-II area exploded. The injured have been shifted to Services Hospital.Rescues teams and ambulances have reached the scene and rescue operation is underway at blasts scene. Police have cordoned off the area.

Police, bomb disposal experts and rescue and relief teams have reached to the area and the injured were being transferred to hospitals.

A power transformer was also exploded after the blast.

According to reports it was a bomb blast and the device was planted in a vehicle.

According to the World Bank Annual report 2008 it projects an emerging new reality that South Asia can no longer be characterised as a uniformly low-income region. Growth is propelling several Indian states, along with Bhutan, Maldives, and parts of Sri Lanka, into middle-income status. At the same time, per capita incomes and human development indicators in Bangladesh, Nepal, most of Pakistan, and the lagging regions of India and Sri Lanka are those of low-income countries.

Bangladesh on high alert ahead of polls 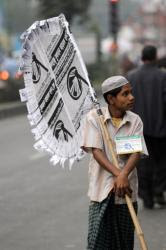 Bangladesh on high alert ahead of polls
Bangladesh has imposed the tightest security clampdown ever seen in the country as it prepares for polls on Monday that will restore democracy after two years of emergency government.

Some 50,000 military personnel and 6,000 of the elite Rapid Action Battalion (RAB) force have been deployed nationwide to prevent pre-election violence and combat the threat of attacks by Islamic militants.

"We are fully prepared to make the polls the most peaceful ever," RAB director general Hasan Mahmud Khandaker said. "The campaigns have largely been violence-free and we hope the voting will be peaceful."

More than 600,000 police and paramilitary officers will patrol polling booths to guard against intimidation or rigging -- problems that have dogged previous elections and led to the state of emergency.