SRI LANKA PAKISTAN FRIENDSHIP
ASSOCIATION LAUNCHES WEBSITE
In an impressive ceremony held at Pakistan High Commission Colombo, the first ever website of the Srilanka Pakistan Friendship Association (SLPFA) was launched by the Acting High Commissioner of Pakistan Ms. Maryam Saeed. The ceremony was also attended by the President and other office bearers of the SLPFA, Embassy officials, diplomats and representatives of various media organizations. 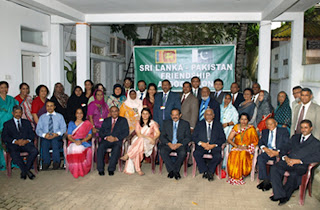 The new website of the association http://www.slpafa.org/ is an open source knowledge portal , offering free downloads of all relevant information about the association, its past history, current projects and programmes, latest news and reference material about Pakistan and Sri Lanka in an interactive and user friendly manner. This website will not only cater to the members of the SLPFA alone but the society at large including the Pakistani community in Sri Lanka, other similar associations, NGOs, state agencies, researches, academics, business and civil societies and a host of others. 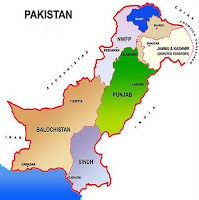 While speaking on the occasion the Acting High Commissioner of Pakistan, who is also the patron of SLPFA, applauded the management and members of the Association for the successful launch of the website. She said that the new leadership of Sri Lanka-Pakistan Friendship Association has injected great dynamism into the organization, which for many years, has been instrumental in strengthening the bonds of friendship between peoples of Pakistan and Sri Lanka. The initiative of launching the Sri Lanka – Pakistan Friendship Association website will set the futuristic direction for the organization and will ensure fostering friendships, speedy connectivity, and appeal for the younger generation, she added. 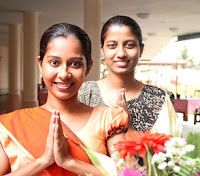 The President of the SLPFA, Mr. Ifthikhar Aziz said that the Sri Lanka Pakistan Friendship Association has launched this site with the aim to completely revamp and enhance the image of the association, so that its members could have a sense of belonging and a passion to promote the aims and objectives of the SLPFA. This website can and will play a major role in realizing this commitment. He added that the Association welcomes suggestions, comments and the views of those accessing the website, so as to improve its contents and also to serve society at large in a more meaningful manner.
The new website would further strengthen the bond of friendship between the people of Sri Lanka and Pakistan and provide valuable information to a wider range of public. 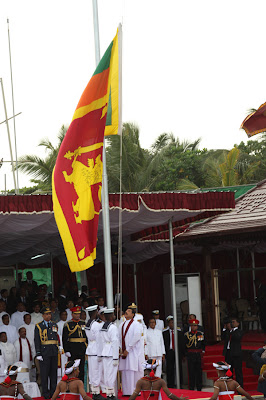 We are aware that some countries being battered by terrorism have taken strength from the victories won by Sri Lanka over terrorism. It is time for the countries facing attacks from terrorism to look back and see where they had gone wrong, whereas Sri Lanka has succeeded, said President Mahinda Rajapaksa, in his address to the Nation on the Victory Day celebrations at Galle Face, Colombo today.

It is a grave error of judgment to think that while being opposed to terrorism targeting you, to believe that terrorism that is no threat to you is good...The world has so far trod on this wrong path. Terrorism remains unvanquished because of this incorrect thinking. The countries that show sympathy towards terrorism and separatism will be the victims of terrorism. This is the lesson of history, President Rajapaksa further said.
Among the highlights of the President's address are:
* We have already appointed an Independent Commission to inquire into the causes that led to terrorism, the lessons we can learn from this, and the path to reconciliation.

*As long as we remember that those who sacrificed their lives now rest in the soil of our land, I declare with pride that our people shall not leave room for anyone to divide this motherland of ours.

*The people should have complete faith and confidence that the land that was liberated from terrorism through great sacrifice of life will not be handed over to the forces of separatism again.

*Our armed forces comprise those who went to battle carrying a gun in one hand, the Declaration of Human Rights the other, as well as taking food for the liberated people of the North and full of human kindness in their hearts.

*What those from abroad who seek to strengthen separatism are really doing is to once again corral the people of the north into camps...The world should look into what happened to all the aid that was given as relief for the Tamil people of the North. For thirty long years they did not see the development of roads, electricity and schools.

*It did not take us long to restore normalcy to the East that was affected by terrorism. We shall next resolve the problems faced from terrorism by the people in the North, by the end of this year. 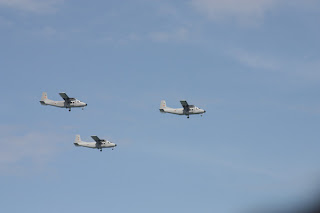 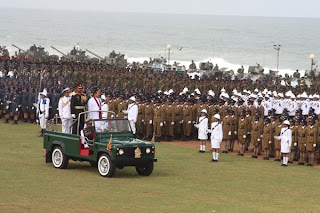 *What is most needed to prevent the shedding of blood and tears for the country is to restore the hearts shattered by violence and ease such pain. I am confident that the Sri Lankan nation has the will to achieve this.

*We must line up under the slogan, 'We for the Country'. Many countries in the world have developed through the extra-ordinary endeavors of their people. We, who have astonished the world through success in our humanitarian operation, must do so in development, too. We must surprise the world through the unthinkable.
Posted by SRI LANKA TODAY at Saturday, June 19, 2010