HIV/AIDS among Top 10 crises of the year

HIV/AIDS among Top 10 crises of the year 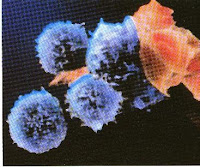 treatment in the developing world, making it one of 2009's Top 10 humanitarian crises, according to Doctors Without Borders.
Other crises that made the list released by the medical humanitarian group Monday were: governments blocking access to lifesaving assistance in Sri Lanka, Pakistan and Sudan; a lack of respect for civilian safety and aid efforts in Yemen, Afghanistan, Pakistan, Democratic Republic of Congo and Somalia; and inadequate international funds to fight neglected diseases and malnutrition.
The executive director of Doctors Without Borders' U.S. section, Sophie Delaunay, said the group wanted to alert policy makers not to let down their guards in the fight against HIV/AIDS, which continues to be a crisis despite the advent of life-sustaining treatment.
"When there are

concerning signs of a retreat for access to treatment, it's important to state that HIV/AIDS is an emergency," Delaunay said.
Her international humanitarian organization, also known as MSF for its French name, Medecins Sans Frontieres, began issuing its annual list in 1998 after a devastating famine in southern Sudan went largely unnoticed by the U.S. media.
The list, which does not rank the crises by order of importance, seeks to foster greater awareness of crises that may not receive adequate attention in the press.
Since pledging to support universal AIDS treatment coverage by 2010 at the G8 Summit in Scotland in 2005, many countries, including the United States, have announced plans to reduce or limit funding, Delaunay said.
"In some countries doctors are turning patients away, advised to wait until other patients die," she warned. "What's going to happen is that patients are going to show up at the door of our clinics and there is a high possibility of us getting overwhelmed."
In Sri Lanka, battles between the government and Tamil Tiger rebels left tens of thousands of civilians trapped with only limited medical care this spring after aid groups were banned from the conflict zone.
In Somalia, where 42 relief workers have been killed since 2008, the ongoing civil war forced 200,000 people to flee the capital, Mogadishu, in the first months of 2009.
In Yemen, shelling during fierce fighting between government forces and rebels forced MSF to close the only hospital serving an entire district.
And in the Democratic Republic of Congo, civilians gathered with their children at an MSF vaccination site in the Kivu province were attacked by government forces — a move the group says severely undermined the trust necessary to carry out independent medical humanitarian work.
In Pak

istan's Swat valley, MSF was forced to suspend operations due to violence that saw its hospitals struck by mortar fire and two of the group's workers killed.
The group also flagged the international community's continued neglect of diseases such as Chagas, leishmaniasis, sleeping sickness and the Buruli ulcer that mostly affect the poor in developing nations.
Malnutrition, which causes the deaths of between 3.5 million to 5 million children a year, also was called a crisis. The group said that while the international community spends $350 million each year to fight malnutrition, an estimated $11.5 billion was needed.
"Our teams on the ground are witnessing the very tangible human consequences of these crises directly, either in war zones or in the AIDS and nutrition clinics in which they work," MSF International Council President Dr. Christophe Fournier said in a statement. "We're therefore compelled and obligated to speak out."
MSF provides emergency medical assistance to populations in danger in 70 countries.
Posted by SRI LANKA TODAY at Monday, December 21, 2009

COLOMBO — Sri Lanka's military said Monday it had seized a cargo ship suspected of being an arms smuggling vessel used by the defeated Tamil Tiger rebels at an undisclosed foreign port.
Navy spokesman Captain Athula Senarath said the 90-metre (300-feet) long Princess Christina had been captured at a foreign port but refused to reveal the location or identify the country.
"We can't say from where we seized the ship, but we deployed our own crew and brought it to Sri Lankan territorial waters," he said.