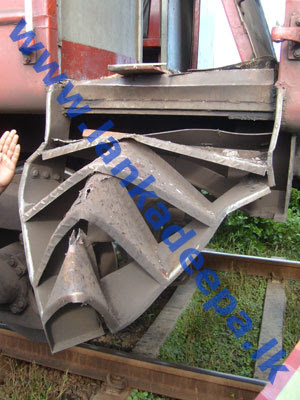 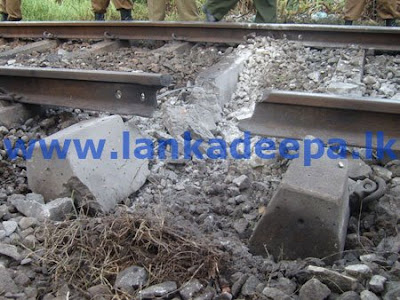 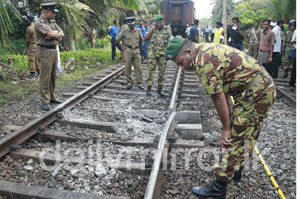 Pictures by --Daily mirror and lankadeepa

A bomb exploded in a the rail track between Wellawatta and Dehiwala railway stations this morning(04). It is believed that the bomb had been triggered off targeting the Colombo bound highly crowed passenger train.

According to the available information, explosion occurred around 7.10 a.m.

The director of the Kalubowila teaching hospital said that 18 civilians, 15 males and 3 females, who suffered minor injuries have already been admitted to the hospital following the explosion.

The railway track had been slightly damaged due to the blast, Police Spokesman SSP Ranjith Gunasekera said.police have arrested one suspect in connection with the Dehiwala bomb blast. They are yet to ascertain whether he carried out the blast.