The Foreign Office of Pakistan commenting on the remarks of Indian Prime Minister on apprehension about terrorist attacks has reiterated the request to India to share information with Pakistan . 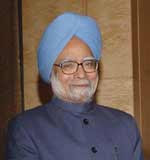 In a press release issued by Foreign Office of Pakistan it has said that we have noted the reported comments made by the Prime Minister of India today in which he expressed apprehensions about terrorist attacks being planned in Pakistan against India The Deputy High Commissioner of India was called to the Foreign Office by Director General (South Asia) today. He was conveyed that Indian Prime Minister's remarks warrant serious and prompt attention. The Government of Pakistan would like to extend its fullest cooperation to pre-empt any act of terror. Terrorism is a common enemy. Pakistan has itself been a victim of terrorism.


At Sharm El Sheikh, both sides had agreed that the “two countries will share real time, credible and actionable information on any future terrorist threats.” In all sincerity, we would request India to share information that they have and for our part we stand ready to cooperate fully in pre-empting any act of terror. Terrorism can only be combated by serious, sustained and pragmatic cooperation. We wish to renew our offer of cooperation to India in this regard.